You may have already read about popmuseum.cz before. Recently they have posted a request for help in order to identify four cover versions as played live by The Matadors between 1966 and 1968. As far as I can say, I seem to be familiar with at least two of the songs, but still I can’t tell either where the originals are supposed to come from. You see, the caveat is that at that time both Kahovec and Mišík weren’t singing real English words but something that became quite widely known as Kahovština, i.e. the “Kahovec language” (as a side note: Kahovština has been reinvented as Svahilština by Pražský výběr in the 1980s).
In any case, if you’re hunting the web for any rare audio files, this is your big chance to grab a few super rare recordings never heard in public before. Of course, their audio quality was anything else than hi-fi from the very beginning.
www.popmuseum.cz/records/records.php

Regarding Funky Czech-In, it seems that I will need to take an “official” short break from publishing new articles regularly. I have a couple of very exciting projects going on at the moment which will require my full attention for the next couple of months. I will still try to post at least one long article each month, apart from occasional interludes like this one.
The good news is, that one of these new projects is actually directly related or at least heavily inspired by this blog. The future looks very bright, so stay tuned. (In other words: don’t trash your RSS feed subscription to this blog, you might truly regret it!) 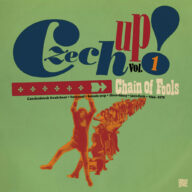